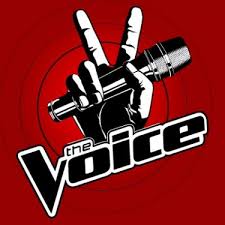 Posted at 04:52h in Uncategorized by stormylj 0 Comments
0 Likes

Sundance Head Crowned the Winner of ‘The Voice’ Season 11

Sundance Head has been voted the winner of the 11th season of The Voice.

The country singer enjoyed a high-profile run on Team Blake this year, turning in a string of very strong performances that included a cover of Miley Cyrus’ “The Climb” and Keith Urban‘s “Blue Ain’t Your Color.”

He won his way into the finals on Dec. 5 with a cover of the Judds classic “Love Can Build a Bridge” that showcased his vocal range with an arrangement that included a choir, and cemented his position in the iconic reality sing competition on Monday night (Dec. 12) by performing an original song titled “Darlin’, Don’t Go,” as well as delivering a stunning cover of the Etta James classic, “At Last.”

It was enough to put him over the top  with The Voice voters, who gave him the final win of Season 11 on Tuesday night during the live finale. Head triumphed over Billy Gilman, Josh Gallagher and We McDonald for the win, which pushes him to a new level in his long-hoped-for career as a country singer.

Success is even sweeter for Head the second time around. He previously competed on the sixth season of American Idol in 2007, giving an audition so strong that Simon Cowell predicted that he would go on to the finals. Head ultimately placed in the Top 15, and while he went on to record for Universal Motown, in retrospect he admits he didn’t make the most of the opportunity while it was in front of him.

“I have a lot of people that believe in me and I have children now that are getting older,” he stated when he auditioned for The Voice. “I wanted to show them that it’s important to take risks. And I accepted the challenge because they asked me to do it. It’s a learning experience for my family also. For me, I think I’ve grown tremendously as a musician, an artist and a vocalist. And I just wanted to give it another shot if it was possible.”

It turns out it was not only possible, it came true for Head on Tuesday night.